Stay tuned to our Dystonia Awareness Month 2022 page for information on activities planned for September.

DNA wishes to congratulate the New Zealand Dystonia Patient Network on their 30th Anniversary. Well done to all involved! Research is being carried out in the United States into a longer lasting formula of botulinum toxin A which lasts from five to six months as opposed to three months with current treatments. Read about it here.

Members can access information about the project here. Seeking CD Patients for Research

“Hello, my name is Dr. Daniel Corp and I am a Research Fellow at Deakin University, Melbourne and an existing member of the DNA.
With my PhD student Jordan Morrison-Ham, we are starting recruitment for a clinical trial into non-invasive brain stimulation in cervical dystonia. We are wondering whether there might be any members who would like further information, and might be interested in participating? I have attached the flyer with details of the study.
Also, we are currently writing a grant with the Dystonia Coalition (recently published study with info attached) to give us more funding for the project.”

With Permission of  Dr. Daniel Corp.

As part of 2021 Dystonia Awareness Month, DNA was asked to participate in a podcast with The Advocate to raise awareness of dystonia and our activities. The Advocate is an online media service which is dedicated to promoting the activities of not-for-profit organisations and charities. Our Vice-President Denise Duclos was interviewed by podcast producer Carla Wijaya about Dystonia, DNA and supporting people with Dystonia.

The link is attached if you’d like to listen to the podcast. There are two interviews and the Dystonia interview is the second. It starts at about 13 minutes in.
https://podcasts.apple.com/au/podcast/monash-university-rescued-afghan-academics-and/id1579819892?i=1000536323873

Our deepest appreciation to the Advocate

The NSW Liberal Party announced that $8.6 Million would made available in the 2021-2022 financial year to fund positions to help people with Parkinson’s disease and movement disorders. This will be rolled out over 4 years.  DNA wrote to the NSW Health Minister to ensure that people with Dystonia, the third most common neurological movement disorder, would benefit from this initiative. We have been involved in some meetings with NSW Health and are awaiting a status update from them about the initiative. Please note that this initiative only relates to NSW.

Our new YouTube channel commenced on the 6th May 2021. A number of videos are ready for viewing and more will be added in the future. Please view and leave comments if you’d like.
To go to our YouTube channel please click here.

Adelaide Hills Radio as well as some other country radio stations have been running our ad for dystonia awareness week. Chris Carpenter,  General Manager of Adelaide Hills Radio, interviewed Kerrie & Laraine on the 3rd September 2020 about Dystonia and DNA. We won’t be giving up our day jobs any time soon but it went pretty well except for a couple of audio glitches.

With Permission of  The Hills Radio Adelaide

Dystonia Network of Australia Inc. (DNA) is thrilled to announce as part of the Dystonia Awareness week the segment on the ABC Health Report on Dystonia is now playing. DNA members Robyn and Paul are the patients who are telling their Dystonia stories and our DNA Advisory Board Members Associate Professor Victor Fung MDS Neurologist spoke on Botox and its effective treatment of Dystonia and how it works by altering messages from the brain, Doctor Stephen Tisch MDS Neurologist spoke about Movement Disorders and what they are, he also spoke on new MRI called a DTI which can show Dystonia the gapes in gene research, and how patients with the gene can sometimes have no symptoms and others without the gene can have the symptoms and finally how therapies are sometimes ahead of understanding conditions and Dr Lynley Bradnam Professor of Physiotherapy (NZ) spoke about Dystonia and what it is and different types of the condition also DBS surgery and how in the early days it was thought it was a hysterical condition and advances in imagery. The link to listen is here.

2019 – Deakin University Research
You may recall our request for members to be interviewed by the media department of Deakin University to add a human voice to their media release regarding Daniel Corp’s journal article on dystonia being accepted by the prestigious journal “Brain”. Below is the link for the media release and an article in the Adelaide Advertiser featuring Margot Chiverton, one of our members and a patient advocate on the Advisory Board. Many thanks Margot for agreeing to be interviewed and for her articulate and informative comments on dystonia. Doctor Daniel Corp is also a DNA member. We congratulate him on this research and wish him well on his next research project on dystonia. ‘Dystonia’ is a short film written and directed by Peter Chiverton which is based on the story of his wife and DNA member Margot. The film stars Lydia Fay, Nathan Bolton and Charlotte Jakubowski. The premiere of this film was held at the Mercury Cinema in Adelaide on the 5th June 2018. DNA would like to congratulate Peter and Margot and all involved in the making of this film.

A Sydney nun has become the first patient in the southern hemisphere to undergo a non-invasive treatment using MRI guided focussed ultrasound (MRgFUS) at St Vincent’s Hospital Sydney. This was performed by Doctors Stephen Tisch and Ben Jonker. Read about it here on 9 News. January 17, 2014 Reprinted with permission from Monika Benson of Dystonia Europe from Dystonia Europe News Winter 2014 At the Dystonia Treatment Congress in Hannover in May last year, Dr Lynley Bradnam, from Discipline of Physiotherapy at Flinder’s University in Adelaide, met Dystonia Europe President Monika Benson. Over a conversation about the importance of physiotherapy for dystonia patients and dystonia patient advocacy work, Monika shared that she would be coming to Melbourne later in the year for her daughter’s graduation. Very soon after Lynley’s return to Adelaide the first connections between Dystonia Europe and Australian dystonia patients were made. Lee Pagan and Hariklia Nguyen took the first steps to try and organize a meeting and very soon there were more volunteers involved. Saturday January 11th about 50 dystonia patients and family members from various places of Australia (Melbourne, Adelaide, Perth, Blue Mountains, Canberra, Brisbane and Cairns) gathered at the Cerebral Palsy Education Centre in Glen Waverly, a suburb of Melbourne. Sue Kennedy who works for the centre and whose daughter has generalised dystonia, welcomed everybody and introduced the speakers. Dystonia Europe Executive Director Monika Benson presented the work of Dystonia Europe and the activities of a national dystonia patient organisation giving the Swedish Dystonia Association as an example. Monika concluded with a greeting from Dystonia Europe and its President Robert Scholten with an invitation to the recently established DNA – the Dystonia Network of Australia, to become an associate member of DE. Dr. Lynley Bradnam, presented her research on dystonia and physiotherapy, using and measuring the effectiveness of TMS (Transcranial Magnetic Stimulation) as a method for treatment of cervical dystonia. Lynley is a strong advocate for specialised physiotherapy for the best treatment results of cervical dystonia and she showed an interest in developing a programme to educate general practitioners and physiotherapists in Australia about dystonia. After a short break for coffees and teas and time to meet and chat, the programme continued with Kerry Jackson from the Blue Mountain Support Group, presenting her story of living with dystonia. She shared her painful struggle during many years before getting correct diagnosis and treatment. Laraine McAnally, a nurse with an interest in dystonia, continued and explained the history and background of the various dystonia support groups/organisations in Australia. Kerry and Laraine have now taken the initiative to form a national dystonia patient organisation and just recently, on January 6th, the Dystonia Network of Australia – DNA, was registered. Jan Hoffmann of the Melbourne support group and Suzanne Bayliss of the Cairns support group, both shared some information about their activities and encouraged the participants to get involved. Lee Pagan who started the Australian national Facebook group encouraged the participants to join. Thank you to all for coming to the meeting in Glen Waverly and especially thank you to the ”Admin Team”: Sue Kennedy, Lee Pagan, Lisa McInnes, Hariklia Nguyen, Nadine Schnabel for all their hard work and a well organised meeting, which will hopefully encourage and inspire to new and similar events around Australia. We wish the DNA and the various support groups throughout Australia lots of good luck in their work, and we look forward to follow the development. Dystonia Europe is very happy to see how dystonia patients in various countries get together to establish dystonia organisations and if we can be of help in this process we will always try and support in the best way possible.

Dr Lynley Bradnam was an Associate Professor of Physiotherapy at Flinders University. She is a neuroscientist and her interest in dystonia began while she was studying for her PhD. At that time, her interest lay in understanding the changes in the brain that seemed to contribute to dystonia. Since arriving in Adelaide in 2011, Lynley has focused on dystonia, in particular the role of the cerebellum and whether non-invasive brain stimulation could be used as treatment. Her work has received two Brain Foundation Australia research gifts and was featured on ABC news in 2013:

Dr Bradnam has also written about dystonia for the Brain Foundation. Recently, Dr Bradnam has become interested in studying how cervical dystonia affects function, including vision, balance, walking and cognition. She developed a questionnaire to help identify if movement-related fear is a feature of dystonia for some people. Dr Bradnam would like to see better education for physiotherapists to understand dystonia and offer effective and research-evidenced treatment interventions. She has recently been appointed as Professor of Physiotherapy, Graduate School of Health, University of Technology (UTS), Sydney. Read Dr Bradnam’s article in The Brink by Fran Molloy here where she talks about Transcranial Magnetic Stimulation (TMS). 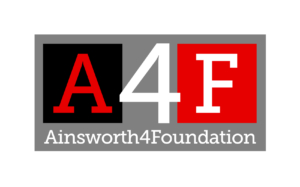